The success I had with peppers I hope to repeat this planting season, I started my seeds off in small nursery planter boxes, keeping them inside, only allowing them out occasionally for direct sunlight. 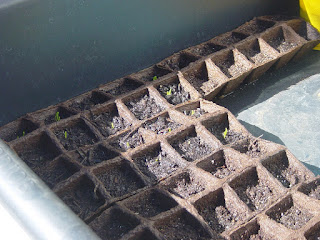 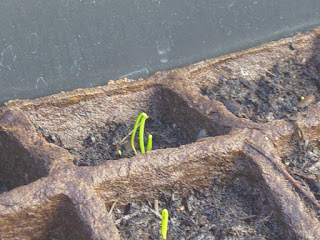 When they were large enough I graduated them to plastic cups giving their roots a chance to begin taking in nourishment, I fed them with Liquid Fish Fertilizer. 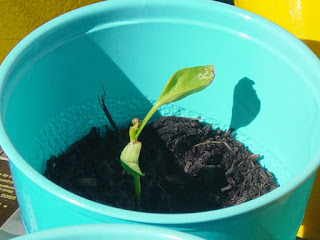 From the plastic cup, my peppers and onions were moved to their growing pots to complete their growth 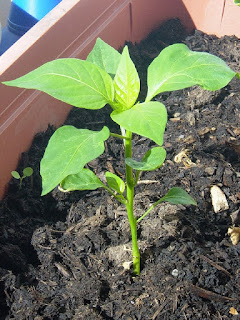 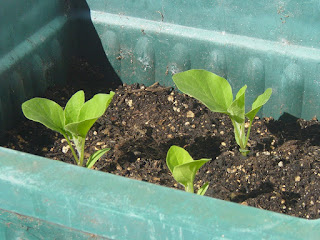 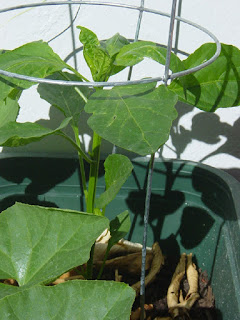 The entire process took about six weeks from planting seeds to fairly full grown plants and I waited for another four to five weeks before I had any sizable pepper. At this point, I'm still not quite sure what I did right, or wrong, as in the case of my cantaloupe plant. 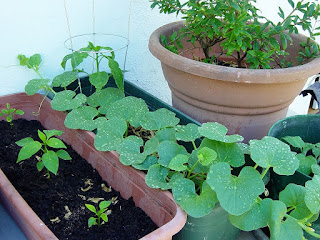 The cantaloupe plant is the one line of leaves in the middle/green planter. Not long after this picture was taken I began using plant bug killer on my peppers, the cantaloupe plant soon after began to wither and die, no autopsy performed. The peppers were fine with all the spraying. The cantaloupe plant was also sharing the planter with a pepper plant, which I don't believe was the problem, but if I  plant another cantaloupe plant this year it will be in a planter all by itself, and way away from my bug spraying.
Posted by All that Zazz Blog at 1:45 AM