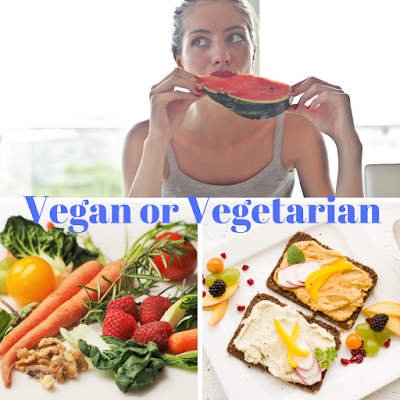 “Several epidemiological studies indicate that vegetarians have lower morbidity and mortality from chronic degenerative diseases.” Even the Utah Beef Council agrees with that data, but let's face it, today, vegetarians only make up about two percent of the population. Still, every day more and more people give up eating red meat or try their first bite of tofu. Aside from ethics, health and ecology seem to be the main reasons people are turning away from meat?


Hundreds of different studies have shown that vegetarians who eat balanced diets have lower rates of coronary artery disease, hypertension, obesity, and certain cancers. Registered Dietitian Winston Craig says that eating meat costs Americans somewhere between $30-$60 billion per year in medical expenses related to hypertension, heart disease, cancer, diabetes, gallstones, obesity, and food-borne illnesses associated with meat. Dropping some meats from my diet has helped me tamp down the skyrocketing price of meat from the grocery store. And, I remember feeling particularly pleased during the last major hamburger meat recall since hamburger meat was on my do not eat list at the time.

So far just about all of the information I have learned and tried to put to use has been very positive. I was especially attracted to the lower rates of disease amongst vegetarians which were right in turn with what Dr. Craig says; that a vegetarian diet is associated with lower cholesterol, lower blood pressure, and less obesity.

In 1997, the World Cancer Research Fund recommended a vegetarian diet for reducing the risk of cancer and it was the numbers they shared that piqued my interest. Lifelong vegetarians have 24% less heart disease, while vegans have an astounding 57% less. I'm afraid I fall into the vegetarian category since I have cut way back on meat, but still part-take of other animal products like cheese and milk. Vegans don't consume any animal products at all.

An all-inclusive study of a vegetarian religious group, the Seventh Day Adventists, found that the study group had half the rate of high blood pressure and diabetes, half the rate of colon cancer, and two-thirds the rate of arthritis and prostate cancer as other groups (2001). Also, Cornell University reported that eating less meat did more to reduce osteoporosis than supplementing your diet with calcium.

I am living proof that you don't need to go completely vegan to enjoy some of the health effects mentioned in this post I have noticed several improvements since my making a real effort to go meat-free (whenever I can) there has been some weight loss and an increase in workout energy.  In 1999, a meta-analysis of several vegetarian and vegan mortality studies was conducted. The results of these studies were compared together and re-analyzed. The researchers concluded that even reducing meat in your diet had a significant effect on lowering your rate of disease. People who ate meat just once a week had a 20% lower rate of dying from heart disease, and their over-all mortality rate was reduced by 10%.

For those who ate only fish saw as much as a 34% reduction in heart disease death, while their over-all mortality was lowered by 18%. My ultimate goal is to go completely vegan, right now my family, and extended family is the biggest enabler to my not being able to go completely vegan. The good news here is the more you reduce the consumption of animal products, the more you appear to benefit. Only 7% of the vegans studied died of cancer (lung, stomach, and colorectal). Worryingly, 19% of over-all deaths in the US are from cancer.

Being a Vegan, or even a Vegetarian is also good for the planet. How you may ask? Every year, meat eaters contribute to the cattle farming industry. This industry uses farmlands that could be producing food for people to make grain for cows. As most people know, cows produce large amounts of environmentally-toxic methane gas. Raising cows also uses precious water resources. Don't get me wrong I'm not really hating on cows, it's just that back when a cow or cows took care of a families needs the above toxins (methane) and use of the water supply didn't amount to much.

But once cows were gathered by the hundreds to produce milk and other dairy products for the masses it just seems to me that another problem was created. Believe me when I say it was not easy for me to contemplate giving up meat. I come from a long line of hunters, and meat-eaters who do not believe that man fought his way to the top of the food chain just to eat plants. My favorite uncle, Bae Honey, loved to hunt and said to me once "there's room on this earth for all of God's creatures that live in the forest, right next to the potatoes."

This post is meant mainly to share some of the stats I have collected about the health benefits enjoyed by vegans, and vegetarians in the hope you might find it useful and to share some of what I call the negative health effects from eating meat. Moving now to the negative environmental effects of eating meat, did you know that eating meat also contributes to the destruction of the rain forests? I kid you not. In an effort to make a cheaper Big Mac and Whopper, companies are growing cattle in Central America, where labor and other costs are lower. Eager Central Americans are slashing and burning their native rain forests to make room for the beef industry.

It is estimated that a vegetarian diet saves 1.5 tons of greenhouse gas per person per year. The American Journal of Clinical Nutrition reports that producing one calorie of animal protein requires ten times the fossil fuel as producing one calorie of plant protein, and according to the New Scientist publication eating a vegan diet reduces more carbon dioxide emissions than driving a hybrid car.

This is not the first time I have heard about the negative stats involving eating meat, and the price we pay for every hamburger that originated from a rain forest. Cow required the destruction of roughly 55 square feet of rain-forest, and too, studies show that one pound of beef requires 2,500 gallons of water. The water used to produce one hamburger patty is enough for two-weeks-worth of daily showers.

Whether you join my crusade to save the world one hamburger at a time or not I hope you will take heed of the health benefits listed above and at least consider
a reduction in your meat intake and if you fear going-totally-vegan, you can at least enjoy a safe space in the middle because between an unhealthy diet and the healthy vegan diet is the vegetarian.