Reason Marijuana Should be Legal 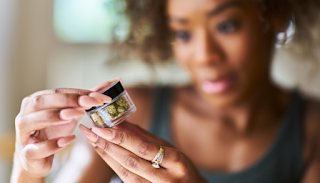 A lot of people feel that Marijuana, also referred to as cannabis and pot, is helping fund the war on terror, but making a war on drugs and keeping Marijuana illegal has not stopped millions of Americans from smoking pot on a daily bases. However, if you focus only on the negative you lose sight of the good cannabis does regularly like the pain relief, appetite building, and cancer-treatment qualities medical marijuana has.

So what is the answer?  Let me start by saying that I have never used marijuana for medical or any other purpose, but I can't help but feel that if at some point in my life this drug did become necessary, for medical reasons, I would hope there would be no legal hurdles standing between me/my doctor and this already tested alternative treatment.

First, why is Marijuana illegal? Well, it seems that in the 1930's, News Paper Publisher William Randolph Hearst, who had significant financial interests in the timber industry testified to Congress on the evils of marijuana, saying things like marijuana can make people insane and commit acts of cannibalism? Where the heck he got his data no one knows, but what is known is that back in the 1930's very few knew what cannabis/marijuana was. Anyway, to stop people from going insane and cannibalizing each other Congress decided to make the use of marijuana illegal.

It's been my experience that you don't need to use cannabis to know a cannabis user so in my lifetime (especially when I lived my life as a musician) I have known many marijuana users and not once have I ever heard of any of them cannibalizing or scarfing down anything but snack food. And to date, I have heard of no report that tells of anyone using medical marijuana going insane. I would guess though, that for every person that uses medical marijuana legally, and in the right way, there are abusers who abuse this drug.

In Mr. Randolph Hearst's case, I found out that he was actually driven by an ulterior motive. His reason for dissing cannabis may have been because many paper manufacturers at that time were thinking of changing from using trees to make paper to using hemp because it was cheaper and easier to grow, not to mention better for the environment.  Hearst stood to lose millions so he used his influence and testimony to help get marijuana, the source of hemp, banned in the U.S.

So now that we know why marijuana was made illegal I think we should also keep in mind that alcohol was once made illegal and like the drug kingpins of today, back then people like Al Capone became rich and famous selling unregulated, untested bootleg alcoholic beverages. Once alcohol was legalized the bootlegging empire collapsed on a commercial scale.

I theorized that the same thing would happen when cannabis is made legal on a federally commercial scale, and not only result in putting drug smugglers of cannabis out of business, but we could avoid the cutting down of millions of trees every year for paper products that can be made better from hemp, which by the way comes from the same plant as cannabis. And what about the medical benefits that come from marijuana?

Cannabis is an effective pain reliever and cancer treatment, the herb has also been proven to slow down the spread of Alzheimer's in the elderly and relieves the pressure behind the eye from glaucoma. There is even proof that marijuana provides relief from migraine headaches. Hemp, one of the byproducts of cannabis, was used during WWII for the rigging on parachutes, and as material for uniforms. Hemp can be used to make rope with thousands of other potential uses affected by the prohibition on cannabis; making it hard to exploit hemp's potential because of marijuana's illegal status.

If you've been here on earth for a while you probably know that marijuana is not illegal everywhere, several states have laws that legalize cannabis use, however, marijuana is still outlawed due to federal laws creating a problem for state legalized cannabis businesses. Banks are regulated by the federal government limiting business' in the cannabis industry to relatively few banks that will accept their business, with some of those banks forced to do business under another company name. The problems for marijuana businesses, medical and recreational, extend to their insurance and payroll because these business necessities also follow federal law and must operate in fear of losing government contracts, being penalized, or shut down due to serving cannabis businesses.

The truth of the marijuana matter is that legalization is inevitable. The attitude of people has changed so drastically over the last 30 years that hopefully eventually, the federal prohibition on marijuana

will go the way of the federal prohibition on alcohol with younger generations of Politian’s starting to take over. Marijuana

will eventually become legal because the younger generation will understand the truth, cannabis can be a good source of federal income, while at the same time putting drug smugglers out of business and freeing up law enforcement forces to focus on terrorist and other villains.

Hopefully, their collective wisdom will also show them that just like the ban on alcohol; putting a ban on something only makes the market for it stronger.